You are here: Home / Archives for Arkady Martine 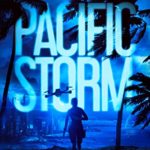 Is it just me or do others also feel that 2021 was an amazing year for great science fiction and fantasy? I don’t do that many list posts, but it’s especially interesting to look back over a year’s reading to put things in perspective. And yes, I do believe this was an incredible year. My […] With a cascade of luminous and psychologically intricate prose, Arkady Martine’s A Desolation Called Peace picks up shortly after the conclusion of A Memory Called Empire. It’s another brilliant book that I find even richer than the first volume of this series on the Teixcalaan Empire and its remote satellite, Lsel Station. The two novels […]

Something is struggling to be born in this damaged and inspiring world, and I believe science fiction and its speculative cousins are helping us figure out what it is. It’s pushing the imaginations of fiction writers to bend and twist familiar forms to try to capture the forces that are hurling us into a barely conceivable future. This blog is my small way of exploring the half-perceived … END_OF_DOCUMENT_TOKEN_TO_BE_REPLACED

Reading "indie publishing is on the cusp of becoming the dominant form of publishing, not just in the numbers of books published, but in revolutionizing the way that books are marketed." Business Musings: More Splits: Indie Publishing (Year in Review 6) https://shar.es/aW82Yp

Reading Louise Erdrich on Pat Barker's The Silence of the Girls "Every sentence is anchored in the senses....
Barker works with a lived poetry. https://birchbarkbooks.com/blogs/birchbark/the-silence-of-the-girls

Reading this excellent review "You may as well remove the whole pandemic plot ... and see it for what lies at its core: the double-edged power of performance."nerds of a feather, flock together: In 'Station Eleven,' you don't give up just becaus... http://www.nerds-feather.com/2022/01/in-station-eleven-you-dont-give-up-just.html

Thanks to Black Gate for quoting my review of The Quantum Evolution - I'm so glad it's been a great success for Derek Kunsken! https://www.blackgate.com/2022/01/18/celebrate-derek-kunskens-first-trilogy-emthe-quantum-evolutionem/ #scifi #sff #sciencefiction